Unknown error occured while trying to send your request. Please try again.
Thank you for reaching out. Our sales team will contact you as soon as possible.
IPRoyal.com/Other proxies/Apex Legends Proxy

One of the Best Apex Legends Proxy Servers

Battle royale games have gained massive popularity over the last few years. This could have been due to the release of Fornite and Player Unknown BattleGrounds, which sparked a new interest in gamers. It could also be because most battle royale games support cross-platform play and can be viewed during Esports competitions.

The goal of battle royale games is to be the last surviving player or team. With this information in mind, this post is designed to offer some credible insights into using proxies to enhance your Apex Legends experience. Read on! 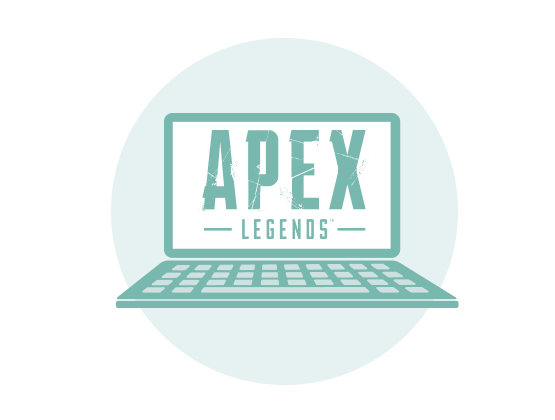 What Is Apex Legends and Why Is It So Popular?

Apex Legends is an online shooter battle royale game that is free to play. It was developed by Respawn Entertainment and was released in 2019 by Electronic Arts. It supports cross-platform play and is available on Windows, Nintendo, PlayStation, and Xbox. Many gamers liked it on release because of its gameplay and method of progression in-game.

Today, it has an approximate player count of 100 million, making it one of the most played games of all time. Apex Legends is a favorite among competitive gamers since it is an Esports title. The most popular competition is the Apex Legends Global Series which consists of 12 live events with a prize pool of three million dollars.

Players can play solo or team up with a maximum of three players. Before the matches begin, players are allowed to select characters. These personas are from the Tintanfall franchise, another game developed by Respawn Entertainment. The characters have unique abilities essential in ensuring the survival of a team. It is worth noting that players from the same team cannot select the same character twice.

Matches have up to 25 teams, each with three players. At the beginning of a game, all teams are in an aircraft that flies across the map. One team member called the ‘Jumpmaster’ is responsible for jumping off the team and guiding them to their preferred landing zone. Players then scavenge for weapons and armor scattered throughout the map. The safe zone reduces in size with time, while players that find themselves outside the safe zone die. Finally, players knocked down or killed can be revived so long as their squad has not been completely wiped out.

Why Do You Need Proxies for Apex Legends?

Games such as Apex legends are known to consume huge amounts of bandwidth. While you might have a fast internet connection, facilitating the high bandwidth needs, you may still find yourself experiencing lag. This is where proxies come in handy. These devices act as a bridge that enables your computer to communicate directly with Apex Legends servers.

Normally, traffic passes through several nodes before reaching the game server. In case these nodes become unresponsive, you may experience latency problems. Therefore, proxies provide a more direct communication channel, reducing or eliminating latency issues. However, proxies cannot increase your internet speed, as this is your ISP’s responsibility.

Furthermore, proxies can prevent bandwidth throttling. Gaming generally uses a lot of bandwidth, and you can find yourself inconvenienced if your ISP limits the amount of bandwidth available. With a trusted proxy provider such as IPRoyal, you can use as much bandwidth as you need for Apex legends without worrying about throttling. Finally, gamers prefer proxies over VPNs for gaming since they are faster. This is because they do not utilize data encryption methods that slow down communication.

What Are the Best Proxies for Apex Legends?

When choosing the best proxies for Apex Legends, reduced latency and lag are the most important factors to consider. The proxy should also curb bandwidth throttling.

With this information in mind, there are a lot of proxies you can go for, including datacenter proxies. This is because such proxies are cheap, fast, and have no bandwidth limitations. However, in our opinion, the best Apex legend proxies would be static residential proxies. This is because they are just as fast as datacenter proxies, but they use authentic IP addresses from real residential devices (desktop or phones), meaning they are more authentic and reliable.

At IPRoyal, we offer state-of-the-art proxies that will make your Apex legends gameplay experience nothing short of seamless. Contact us today and let us help you become a top-tier level Apex Legends player!

FAQ
What are Apex Legends proxies?
Proxy servers act as a bridge between your device and the Apex Legends servers and reroute your internet traffic through their servers. The fundamental mechanism in this process is changing your IP address to an alternative one.
Why is it essential to use Apex Legends proxy servers?
Proxies are vital when gaming online since they reduce lag and latency issues. They also help reduce bandwidth throttling, ensuring that your online gaming experience is smooth.
Contact us
Email was successfully sent.
Close
Error. Something went wrong.
Close
Please enter text longer than 20 symbols
Close