Unknown error occured while trying to send your request. Please try again.
Thank you for reaching out. Our sales team will contact you as soon as possible.
IPRoyal.com/Other proxies/Apple Store Proxies

One of the Best Apple Store Proxies

If you own any Apple devices, the App Store is the centralized place to download and install media. It is a safe and secure hub to explore digital media, including software applications, games, movies, and music.

As wonderful as the Apple store is, its greatest strength can also be a weakness. The App Store is a walled garden, meaning that everything in the store is reviewed, checked, tested, and geo-fenced. So, although the Apple store provides excellent protection from the various malware categories, you might not see everything it has to offer.

Our App Store proxies can open the door to software and media from other regions without location blocks. 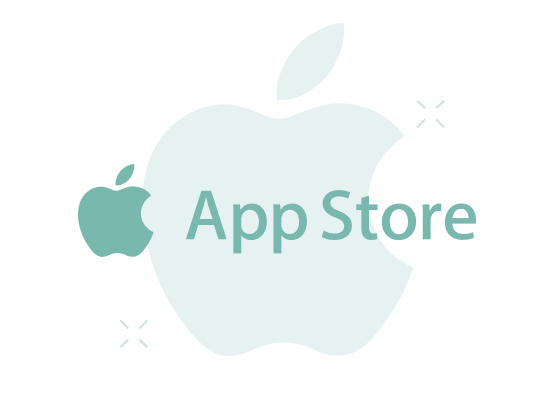 About the Apple’s App Store

Apple’s App Store is one of the unique features of macOS and iOS devices. Although it’s called the “App Store,” you will find more than just applications, and you can install games, purchase movies, television shows, books, music, and more.

Things downloaded from the App Store can sync across your Apple devices, and all apps are kept up-to-date automatically.

Boasting an average of 500 million visitors per week from 175 regions, the App Store is one of the largest digital content hubs today. Whether you’re looking for software or digital entertainment, the chances are good that it exists in the store for your Apple device.

There are several reasons why you might use a proxy on the App Store. Some organizations require in-house devices to use their corporate proxy server. You might also need a proxy if you want to download an app or other media from a different region. Whatever your reasons, we’ve got you covered with our extensive proxy infrastructure and intuitive dashboard that lets you switch between proxies with one click.

One of the primary motivations for individuals using an App Store proxy is to access region-restricted content. The App Store generally filters apps, games, and media depending on your country. For example, in the United States, you’ll see apps from well-known US developers and media popular in the States.

If you have broader tastes or are traveling and still want to see offerings relevant to your home, a proxy can make that happen. In this scenario, you would choose a proxy from the region you are interested in and connect to the App Store through that proxy. Because the proxy acts as a relay between your device and App Store, you’ll appear to be in the proxy’s region instead of yours.

Another reason you may want to use a proxy for the App Store is increased speed. With more RAM, processor speed, and storage, app size increases to match as devices become more powerful. Today’s phones and tablets can run AAA games just as well as desktops from a few years ago. And with the HD and 4K displays on premium devices, watching shows and movies can be a great experience.

Downloading large apps, movies, and music can be a drag if the connection is slow. Because proxies can cache often-accessed data, a proxy can increase your download speed if your connection to the proxy is fast and stable. This feature is handy if you are on a cellular data connection.

Setting up App Store Proxies happens at the operating system or router level. The precise steps will vary slightly based on your device and what software you have.

The basic premise is to choose a proxy to connect with and enter the details into your network settings for your system or router. We have how-to proxy setup guides for many standard devices available on our blog. And if you ever have questions or need further help, you can send us a message. Our dedicated, knowledgeable team is standing by 24/7, ready to assist you.

As someone looking to unlock the full potential of the App Store, you may be wondering which proxy is most compatible and suits your needs. Since the App Store bases its comes from your location, Residential ISP proxies are usually the best choice. Residential proxies correlate to real ISP customers and allow you to maintain consumer-grade IP traffic while altering your site as you desire.

We have one of the largest Residential ISP proxy pools, with numerous choices from every region worldwide. Our intuitive proxy dashboard allows you to change IPs, change locations, and alter login information with a few simple clicks. And our convenient subscription model will enable you to use as much bandwidth as you need without worrying about contracts, data caps, or blackout periods.

Download all of your favorite media, play the latest games, and have fun exploring everything on the App Store without limits!

▼ What are App Store proxies?

▼ Why do I need App Store proxies?

App Store proxies give you full access to the items available on the store from any region without restriction. They can also increase your download speed by acting as a caching relay for frequently requested files.
Contact us
Email was successfully sent.
Close
Error. Something went wrong.
Close
Please enter text longer than 20 symbols
Close