Unknown error occured while trying to send your request. Please try again.
The captcha verification field is required.
Thank you for reaching out. Our sales team will contact you as soon as possible.
IPRoyal.com/Other proxies/Death Stranding Proxy

One of the Best Death Stranding Proxy Servers

Developed by Hideo Kojima, Death Stranding may be the first video game of a completely new sub-genre of action games. It is set in the post-apocalyptic USA, now called UCA (United Cities of America), where your character, Sam Porter Bridges, delivers supply cargo to different isolated locations while trying to protect himself and the cargo from invisible creatures that try to kill him.

However, lag issues may ruin your fun when playing Death Stranding. Not only is lag frustrating, but it can also affect your performance. That’s when proxies come in handy. 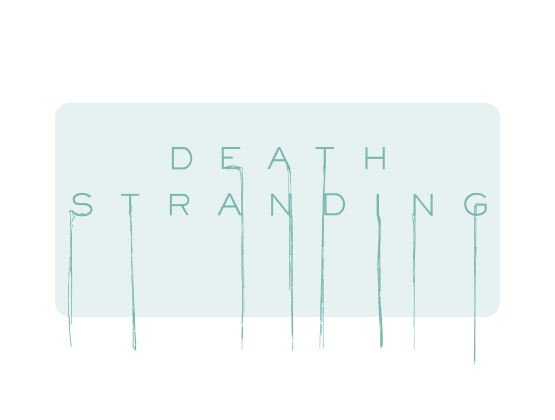 Why Do You Need Proxies for Death Stranding?

The major reason why you need a proxy for Death Stranding is to enjoy lag-free gaming. But, not every proxy will help you solve the lag issue. Before we tell you how to choose the best proxies for Death Stranding, we’ll give you a quick overview of the game and explain how proxies work.

What Is Death Stranding?

Dubbed as an action game, Death Stranding is believed to be the first video game of a completely new genre called “Strand.” Although it’s a multiplayer game, players never meet with each other but interact indirectly by leaving signs and things like vehicles and crafting materials behind.

The sci-fi game is described as dark and psychological horror, set in the post-apocalyptic USA transformed by the Death Stranding. As a player, you are the character Sam Bridges that has to reconnect survivalists to a communication system and deliver supply cargo to distant locations called KNOTs.

All the time, you are attacked by invisible forces or creatures known as the BTs, as well as MULEs and Demens that may kill you and take you to the underwater world Seam. Being killed by these creatures doesn’t mean an end, as you can revive yourself by swimming back to your body. There are, however, permanent consequences.

What Is a Proxy Server?

It works by sending web or app requests and receiving responses on your behalf. Proxies are mostly used when internet users want to visit websites and apps anonymously or more privately and securely.

Advantages of Using a Proxy With Death Stranding

The key reasons why you may want to use a proxy for Death Stranding include:

High lag and latency are some of the biggest enemies of gamers playing Death Stranding. It is the irritating delay between your online action and the game server’s reaction. This can cause various negative gaming effects, including difficulty moving your player or the game closing due to connection breaks.

Since walking is a huge part of Death Stranding, as your character Sam delivers packages on foot, lag issues can make or break the entire gameplay. Hence the need for proxies.

A proxy can help reduce lag and latency by shortening the connection routes between you and the game servers. You can do this by using a proxy from a location that’s geographically closer to the location of the game servers. This will make your gameplay more responsive, which will drastically improve your gaming performance.

If Death Stranding is unavailable in your region for any reason, a good proxy can help you get around the geo-restrictions. Just make sure the location of the proxy is supported by the game, and the game servers will grant you access.

What Are the Best Proxies for Death Stranding?

The best proxies for Death Stranding are static residential proxies. That’s because they are private, which means you don’t share them with anyone. Also, they come from real users and ISPs, making them extremely secure. They are also SOCKS5 supported, which is highly recommended for gaming. Last but not least, they come with unlimited bandwidth, which is extremely important for lag-free gaming.

FAQ
What is a Death Stranding proxy?
A Death Stranding proxy is a regular proxy server that works with the action video game Death Stranding. You can use it to reduce lag and latency and improve your gaming performance.
Should you use VPNs instead of proxies for solving lag issues?
No, VPNs are not as effective as proxies when it comes to reducing lag and latency because they encrypt traffic. Although this makes them somewhat more secure than proxies, it also makes them more inefficient for solving lag issues.

Have a question? Get in touch!
Email was successfully sent.
Close
Error. Something went wrong.
Close
Please enter text longer than 20 symbols
Close
The captcha verification field is required.
Close