Unknown error occured while trying to send your request. Please try again.
Thank you for reaching out. Our sales team will contact you as soon as possible.
IPRoyal.com/Other proxies/Deathloop Proxy

One of the Best Deathloop Proxy Servers

Whenever you mention multiplayer games, Deathloop is bound to be among the list of games that comes to mind. This post will explain the benefits of using proxies while playing the game. 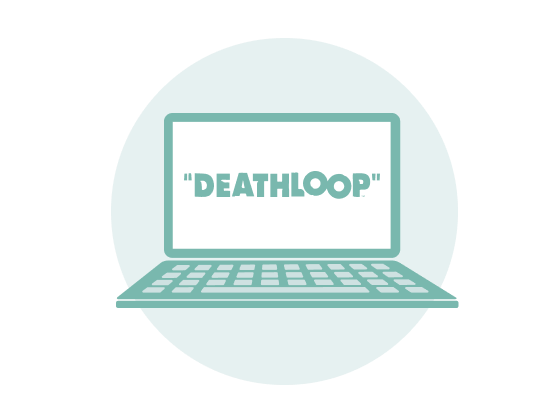 What Is Deathloop and Why Is It So Popular?

Deathloop is a multiplayer shooter game released by Bethesda Softworks in 2021. It is available on Windows and PlayStation platforms. What’s more, its compelling graphics and gameplay have enabled it to rise above the ranks and become a favorite among players worldwide.

The game is set in the 1960s on the island of Blackreef, which was previously a military base where experiments were conducted. The experiments mainly revolved around immortality, and scientists wanted to achieve this feat by creating a time loop.

Each day has four different times: morning, noon, afternoon, and evening. These times change as players travel across different districts. It is worth noting that Deathloop has single-player and multiplayer modes.

Players control Julianna, an agent that protects the time loop and rescues Cole in the multiplayer feature. The storyline is pretty compelling where Juliana turns the residents of Blackreef against Cole since he was trying to break the time loop, causing them to hunt him. Accordingly, Cole must assassinate eight visionaries and Julianna to break the loop.

Now that you have a rough idea of Deathloop’s gameplay and storyline, let us get to the core purpose of this post: proxies. How can a proxy help improve your Deathloop gameplay? Why do you need these tools? Read on for more information on the same.

Why Do You Need Proxies for Deathloop?

There are several reasons why Deathloop proxies are an absolute necessity for dedicated gamers. First, while internet infrastructure has come a long way in the past couple of years, latency is still a big issue for most gamers. Why? Let’s take a practical example where you are located in Africa, and the game servers are in North America. You are more likely to experience latency and lag than a person living in North America.

Therefore, it is best to get a proxy, preferably one in the same region as the game server, and reroute your internet traffic. The same case applies to Deathloop. A proxy will help lower latency issues since it will reroute your traffic through its servers, offering a more direct connection.

While it is a fairly popular game, Deathloop is sadly not available in all regions. This may inconvenience gamers, especially when traveling to an area where access to this game is censored. A proxy server is a great solution for problems like this. With a proxy, you can easily swap your actual IP address for another one from a different region where such blocks are non-existent. This way, you can play Deathloop from anywhere!

Finally, you may be working with an ISP that cuts off your bandwidth when it realizes you are using too much of it. If you are ever in such a bind, utilizing a proxy service would be the best way out. These tools will reroute your traffic and make you anonymous, allowing you to circumvent your ISP’s bandwidth restrictions.

What Are the Best Proxies for Deathloop?

At IPRoyal, we offer several types of proxies for different purposes. Over the years, we have singled out the best proxies for gaming and other related niches. Accordingly, one factor that makes a proxy suitable for games such as Deathloop is speed and efficiency. With this in mind, static residential proxies are the best option. They offer great speeds, unlimited bandwidth, lots of locations to pick from, and cost only $2.5 per month!

FAQ
What are Deathloop proxies?
Deathloop proxies are tools capable of offering a higher level of anonymity to players. They do this by rerouting your internet traffic through their secure servers.
Why is it essential to use Deathloop proxy servers?
Deathloop proxies are essential since they optimize gameplay in several ways. First off, these tools can reduce lag and latency issues. They also help minimize bandwidth throttling, ensuring that your online gaming experience is smooth.
Contact us
Email was successfully sent.
Close
Error. Something went wrong.
Close
Please enter text longer than 20 symbols
Close