Unknown error occured while trying to send your request. Please try again.
Thank you for reaching out. Our sales team will contact you as soon as possible.
IPRoyal.com/Other proxies/Destiny 2 Proxy

One of the Best Destiny 2 Proxy Servers

This post is designed for gamers looking to optimize their Destiny 2 gaming experience using proxy servers. By the end of this short read, you should have a rough understanding of the best proxies to use and the provider. 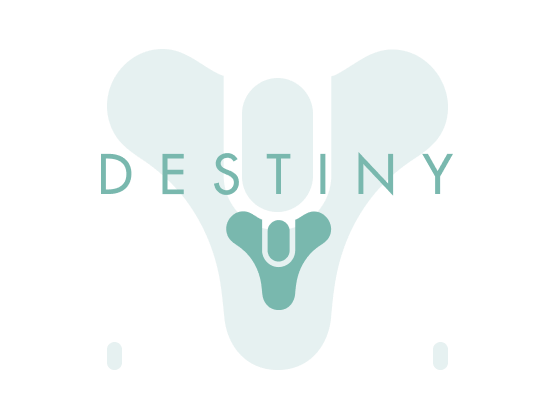 What Is Destiny 2 and Why Is It So Popular?

Destiny 2 is a free-to-play multiplayer shooter game released by Activision in 2017. It is available on Windows, Xbox, and PlayStation platforms. The game utilizes a lot of role-playing and is set in a fictional world. Like its predecessor, Destiny 1, it is divided into two game modes: player versus environment and player versus player. Players take the role of protecting the earth’s last safe city from alien races. Moreover, the Red Legion, an alien race, is determined to destroy the last human civilizations. The guardians are tasked with preventing this from happening.

The PvE mode has story missions and a free roam feature, while the PvP mode has a deathmatch feature and other objective-based modes. In the player versus environment mode, the player can wander around most of the map. Players must explore worlds to find NPCs to give them side quests. They go on missions (adventures) to find treasure. Lastly, Flashpoints are milestones in eight different areas that are rotated weekly.

The player versus player mode supports matches of up to twelve players split into two teams. Players can choose between rumble, survival, classic mix, and private games.

Players use maps to find adventures, NPCs, lost sectors, and chests. There are three factions: Dead Orbit, War Cult, and New Monarchy that are all free to join. Each week, the coalition with the most points earns 1,000 Glimmer (the in-game currency).

When players complete the campaign, they unlock several items such as Nightfall strikes, worlds, and a Daily Heroic playlist. They also gain gear that helps improve their overall power level. The developers constantly update the game, adding new features and game modes to appeal to gamers.

Why Do You Need Proxies for Destiny 2?

Several experiences will help you conclude that proxies are an absolute necessity as a gamer. For instance, it goes without saying that speed is an absolute necessity in modern games. In fact, a split second is all it takes for the other team to win. With this in mind, have you ever lost a match in Destiny 2 due to lag? This is by far one of the most annoying things that can happen to you while gaming.

However, with proxies, you can easily fix this problem. How? Lagging is caused when one of the nodes between your PC or console becomes unresponsive and fails to transmit your traffic without a delay. You can fix this issue by using a proxy in a different location, reducing the number of nodes the data has to travel through.

Another reason you might need proxies for Destiny 2 is to prevent bandwidth throttling. This is when your ISP limits your bandwidth to minimize consumption. All you have to do to circumvent this issue is utilize a proxy that will change your IP address to an alternative one.

With all this information in mind, one question still hasn’t been sufficiently answered. What is the difference between a VPN and a proxy? Which is better? Well, a proxy is deemed faster as it does not use complicated encryption techniques (like VPNs) that compromise speed.

What Are the Best Destiny 2 Proxies?

So, which are the best proxy servers for Destiny 2? Datacenter and residential proxies are the two most popular options for gaming. Which beats the other in functionality? It all depends on the user since all these proxies have upsides and downsides.

For instance, datacenter proxies are cheaper and offer unlimited bandwidth, which is ideal for gamers. However, they are not as reliable as residential proxies since they have a higher chance of getting detected. While being more expensive, residential proxies are more authentic since their IPs are connected to real devices with ISP internet connections, so there’s no way to distinguish them from other players. However, they often offer bandwidth limitations.

We recommend residential proxies as the best option for Destiny 2 since they provide similar speeds to datacenter proxies and are harder to detect. At IPRoyal, we have the proxy to meet your everyday Destiny 2 needs and allow uninterrupted gameplay without lags, stuttering, or geo-restrictions!

FAQ
What are Destiny 2 Proxies?
Destiny 2 proxies replace your IP address with their own while playing the game. They reroute your internet traffic through their servers, making several changes in the process.
Why is it essential to use Destiny 2 proxy servers?
Destiny 2 proxies are essential for several reasons. For one thing, they help reduce lag and latency issues. Furthermore, they can help you bypass bandwidth limitations set by your service provider, avoid geo-restrictions, and more!
Contact us
Email was successfully sent.
Close
Error. Something went wrong.
Close
Please enter text longer than 20 symbols
Close