Unknown error occured while trying to send your request. Please try again.
Thank you for reaching out. Our sales team will contact you as soon as possible.
IPRoyal.com/Other proxies/Dota 2 Proxy

One of the Best Dota 2 Proxy Servers

The post will help you understand Dota 2 and the importance of proxies. By the end, you should have a rough idea of what Dota 2 is and how it is related to proxy servers. 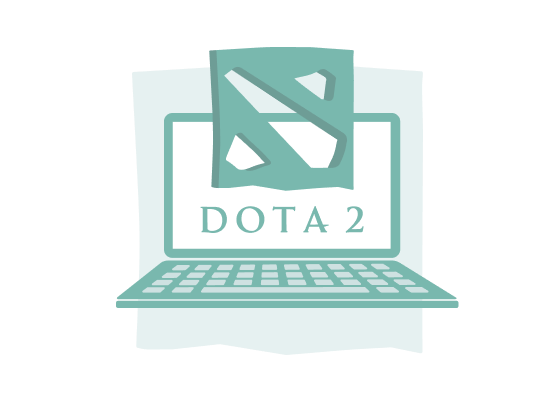 What Is Dota 2 and Why Is It One of the Most Popular Games Ever?

Dota 2 is a real-time strategy multiplayer game released in 2013 by Valve. The game is free to play (with in-app purchases) and is available on Windows and Linux. It has risen in popularity to become one of the most played games on Steam. Moreover, over the years, various game adaptations, such as anime series and comic books, have been released.

Matches comprise ten players split into two teams, with each player controlling a character called a hero. It is worth noting that each hero has unique abilities and different play styles. Furthermore, heroes are classified under core and support according to their roles. At the beginning of matches, these cores are weak but get stronger as the game progresses.

Players select characters before matches begin and plan strategies with their teammates. Once a player selects a hero during this period, it becomes unavailable to other players. Moreover, these heroes have unique fighting styles and abilities. Finally, they gain experience points enabling them to level up to unlock new powers.

Using powers utilizes mana points that replenish slowly. The most useful power is the player’s ultimate, which deals a lot of damage. After using such abilities, there is a cooldown period before replenishing. It is worth noting that dead heroes respawn at the end of every round.

The players’ role is to destroy their opponents’ Ancient while defending their own. These are large structures, the most powerful of which is the Roshan. Furthermore, the game offers a currency known as gold that can make purchases.

It is evident that Dota 2 is an addictive game with excellent and exciting gameplay. How exactly can proxies help improve this platform? Read on below.

Why do you need proxies for Dota 2?

Dota 2 proxies are useful for users that want to optimize gameplay on the platform. But what is a proxy? This is a tool designed to reroute your internet traffic through an alternate IP address, making you seem anonymous. When it comes to Dota 2, these tools can help you reduce lagging since they offer a more direct connection to the Dota 2 server by rerouting your traffic.

Have you ever found yourself in a situation where Dota 2 is unavailable due to a geo block? If so, there is an easy fix to the issue: a proxy. These tools offer IP addresses all over the world. By using a proxy in a specific country, the game servers will “see” you’re connecting from that country and not your actual location, so you can avoid geo-restrictions.

Proxies are similar to VPNs in many ways, but they stand out for one reason: they’re faster. Proxy servers do not utilize any encryption methods, making them ideal for Dota 2 gaming, where speed is essential.

What Are the Best Proxies for Dota 2?

Datacenter and residential proxies are the most common proxies available to users today. Both can work for Dota 2, but we recommend residential proxies as the better option. Why? These proxies use IP addresses that come from real residential devices (usually PCs and phones) with ISP internet connections. In other words, if any flags are raised, the IP you’re using can be traced to a real user, making it an ideal choice. However, this does not imply that datacenter proxies will not work. If anything, these proxies tend to be faster and are more pocket-friendly.

In all truth, your choice of proxy will be determined by your budget and needs. At IPRoyal, we recommend static residential proxies for Dota 2. We offer these proxies at just $2.5 per month. With great speeds and no bandwidth limitations, they’re a perfect option to make your Dota 2 experience safe, secure, and enjoyable!

FAQ
What are Dota 2 proxies?
Dota 2 proxies enhance your gaming experience by rerouting internet traffic. These proxies make you anonymous by masking your actual IP address.
Why is it essential to use Dota 2 proxy servers?
Dota 2 proxies serve various purposes. For instance, they can help you minimize lag and bypass geo-restrictions.
Contact us
Email was successfully sent.
Close
Error. Something went wrong.
Close
Please enter text longer than 20 symbols
Close