Unknown error occured while trying to send your request. Please try again.
Thank you for reaching out. Our sales team will contact you as soon as possible.
IPRoyal.com/Other proxies/Grand Theft Auto Online Proxy

One of the Best Grand Theft Auto Online Proxy Servers

This post will introduce you to Grand Theft Auto and the importance of using proxies to boost gameplay. By the end of this short read, you should have comprehended the relationship between Grand Theft Auto Online and proxies. 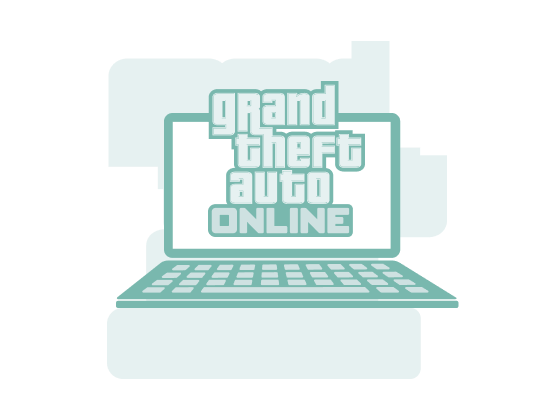 What Is Grand Theft Auto Online and Why Is It So Popular?

Grand Theft Auto Online is a popular open-world multiplayer game. It was released back in 2013 by Rockstar North and is available on Playstation, Windows, and Xbox. It is the online version of Grand Theft Auto V, the latest installment in one of the most popular game franchises of all time.

Grand Theft Auto Online is played in a continuously changing world. Each game consists of up to 30 players. You can freely roam around and participate in missions,or join forces to form groups of five players referred to as crews and perform heists.

The game’s narrative begins in 2013, a few months before GTA V. Players take the role of the protagonist searching for new pursuits in Los Santos. They befriend Lamar Davis, who challenges them to a street race. Later, they are introduced to drug dealers who employ them.

At the beginning of the game, players create characters according to their preferences. They can choose their clothes and hairstyles and then go through a tutorial, introducing them to various game modes and progression methods.

Moreover, players can improve their character’s attributes, such as stamina, through experience. Experience is gained by completing tasks and missions. It enables characters to level up, unlocking weapons and various car designs. Unlocked items can be purchased using in-game currency or by using actual money.

There are also racing, deathmatch, and missions modes where players can race, engage in fights, or complete jobs to gain experience. The game allows players to create vehicle races and deathmatches, choosing the start location, weapon choices, and spawn locations.

Why Do You Need Proxies for Grand Theft Auto Online?

Having a fast internet connection is vital for anyone playing Grand Theft Auto Online. This, however, does not guarantee lower latency and ping while gaming. Using a proxy is therefore essential. Proxies act as a bridge that enables your computer to communicate directly with GTA Online servers.

In some cases, you might experience lag even after increasing your internet speed. This is brought about because the information from your computer is passed through several nodes before reaching the game servers. Some of these nodes may be unresponsive, causing lag. With this in mind, proxies act as a bridge that enables your computer to communicate directly with game servers or reduce the number of nodes significantly, enabling smoother gameplay and less stuttering. However, it is essential to note that proxies cannot increase your internet speed. This job is limited to your ISP.

Another reason for using proxies while playing Grand Theft Auto online is to avoid geo-restrictions. You might get into a situation where Grand Theft Auto Online has limited game features in specific regions. A proxy can provide you with a new IP address in a different location, allowing you to bypass such restrictions.

Furthermore, proxies are vital in preventing bandwidth throttling, where ISPs may limit your bandwidth usage, causing inconvenience in high-bandwidth consuming games such as Grand Theft Auto Online. You can utilize proxies to circumvent the restrictions and improve gameplay in such scenarios.

Why are proxies preferred over VPNs for gaming? Proxies are faster than VPNs since they do not utilize sophisticated encryption methods, keeping your connection limited only by your ISP.

What Are the Best Proxies for Grand Theft Auto Online?

Several factors come into play when choosing the best proxies for Grand Theft Auto. For instance, you may be looking to reduce latency and lag. Maybe the game is banned in your region, and you want a way around this restriction. Maybe you got banned in GTA Online and you’re looking to start over with a different account and a new IP address.

Either way, there are two popular proxy options: datacenter and residential proxies. The former is preferred since it is cheaper and has bigger bandwidths. We recommend static residential proxies for Grand Theft Auto since they are just as fast as datacenter proxies and use IPs from actual devices. Contact IPRoyal today for these proxies and take your Grand Theft Auto experience to the next level!