Unknown error occured while trying to send your request. Please try again.
Thank you for reaching out. Our sales team will contact you as soon as possible.
IPRoyal.com/Other proxies/Hearthstone Proxies

One of the Best Hearthstone Proxies

This post will introduce you to Hearthstone and the benefits of using proxies while playing the game. Upon reading, you should have a rough idea of the game and why you might need proxies to improve gameplay. 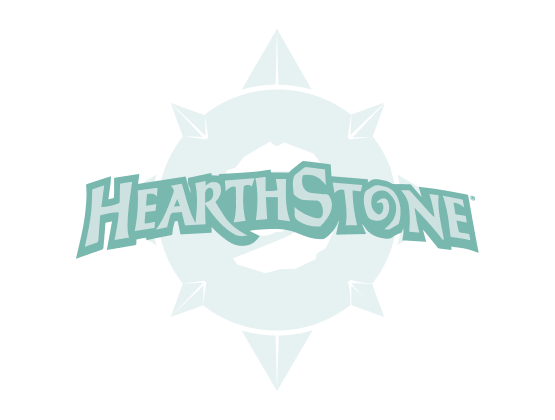 What Is Hearthstone and Why Is It So Popular?

Hearthstone is an online card game released in 2014 by Blizzard entertainment. The game is playable on Windows and macOS platforms. Two opponents take turns constructing a deck of 30 cards in the game. Card examples include minions, spells, weapons, and hero cards (classified according to rarity). Common classifications include legendary cards, epic, common, and basic. Additional cards are added monthly in expansion packs that are free to download. Finally, players can obtain cards by opening card packs or crafting them using arcane dust.

What’s more, players use mana crystals to call upon minions that attack the enemy. The goal of the game is to destroy the enemy’s hero. Upon winning matches and completing quests, players win in-game gold. The game has several modes, including casual matches, ranked matches, arena battles, and single-player adventures. At the beginning of each mode, players select a hero from ten classes. It is worth noting that heroes in each category have varied powers and abilities.

Mana is a sort of in-game currency that players can use to purchase cards. The developers release about three card sets annually. With this in mind, expansion cards contain approximately 200 cards.

Hearthstone has several game modes available to users. The standard mode uses limited card decks, while the wild game mode uses past and present cards. Furthermore, the game offers both casual and ranked matches for players. At the end of ranked matches, players acquire ranked rewards. Other specialized modes include Arena, Tavern Brawls, Battlegrounds, Duels and Mercenaries. The game regularly gets updates to improve the user interface and enhance gameplay.

By now, you should have a rough idea of what Hearthstone is and some of the benefits it offers users. Now, what about proxies? How do they fit into the picture?

Why Do You Need Proxies for Hearthstone?

The gaming industry has grown massively over the past few decades. Online gaming, in particular, is no longer limited to hobbies and leisure but is now a professional career for many individuals. Whether you are a casual or a pro player, there are several requirements you should meet to experience smooth gameplay.

One of these is a reliable internet connection. It is worth noting that a fast internet connection does not necessarily translate to a smooth gaming experience and, more specifically, low latency. This is because latency is mainly related to distance to the server and the number of nodes the traffic has to go through instead of the speed of sending and receiving information.

So, where do proxies come in? For the most part, a proxy will reduce the number of nodes your data has to jump through on its way to Blizzard, thereby reducing latency. Proxies will reroute your internet traffic and replace your original IP address with a new one. This is the fundamental reason why it is recommended to select a proxy in the same region as the target server. In this case, you should research Hearthstone server regions and select matching proxies such as IPRoyal. However, it is worth keeping in mind that proxies cannot boost your internet speed as this role is limited to your ISP.

Hearthstone proxies can also help you bypass geo-restrictions. In some regions, copyright issues and government policies ban some Hearthstone game features and sometimes the entire game in their areas of jurisdiction. If you reside in such areas, it would be best to utilize proxies as they can swap your IP address and offer alternatives native to areas where such restrictions do not hold.

Proxies are useful for gamers who use bots. Any form of automation, including bots, is banned in most games, and detected players will get banned. With a proxy, more so a rotating proxy, your bot traffic will stay anonymous since the proxy provider will swap your IP after every few requests.

Now that we know how proxies can improve your Hearthstone experience, which are the best proxies you can utilize? Read on to find out.

What Are the Best Proxies for Hearthstone?

Several proxies are available on the market today, each designed to suit a specific need. For games such as Hearthstone, we recommend static residential proxies. First off, these proxies utilize IP addresses from internet service providers. This implies that they will lead back to actual devices when traced, minimizing the chances of detection.

Furthermore, these proxies are quite fast and match connection speeds offered by their datacenter counterparts. However, it is worth noting that residential proxies can be pricier than datacenter proxies. Therefore, if budgetary constraints limit you, you should opt for the latter proxy as they are cheaper and offer more significant bandwidths.

At IPRoyal, we offer residential and datacenter proxies customized to meet your Hearthstone needs. We also offer excellent static residential proxies in multiple regions with high speeds and unlimited bandwidth for just $2.5 per month!

FAQ
What are Hearthstone proxies?
A Hearthstone proxy is a regular proxy that is intended for use with the game. These tools enable you to mask your IP address on the platform and stay anonymous for a wide array of benefits.
Why is it essential to use Hearthstone proxy servers?
Hearthstone proxies essentially improve network stability while gaming by reducing latency and lag. They also help users bypass geo-blocks and play the game from anywhere.
Contact us
Email was successfully sent.
Close
Error. Something went wrong.
Close
Please enter text longer than 20 symbols
Close