This post will introduce you to MP3Skull, a website that allows you to download MP3 files directly to your device. By the end, you should understand how the website works and how proxies can improve your user experience on MP3Skull and other similar websites. Read on! 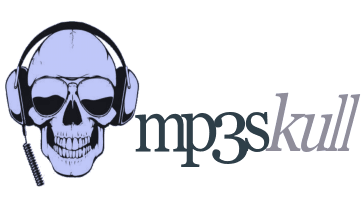 Want to know most important points about MP3Skull Proxy?

P3Skull was a website that offered direct download links to MP3 files hosted on other websites. It was created in 2010, and it has drawn criticism for assisting users in locating unlicensed copies of copyrighted music.

Despite being among Alexa’s Top 500 websites in 2013, MP3Skull suffered a reduction in ranking due to a Google algorithm upgrade that targeted sites that were thought to be supporting piracy.

In February 2016, the Recording Industry Association of America (RIAA) and other music labels won a lawsuit against MP3Skull. The website was then redirected to a new domain. Currently, it’s available on several different addresses.

According to MP3Skull, it complies with the DMCA and removes infringing content that copyright owners have submitted. A lawsuit was filed against the website’s proprietors on April 17, 2015. The plaintiffs sought $520 million in statutory damages and a permanent order prohibiting domain registrars and registries from interacting with the site.

The lawsuit is thought to have been filed as a strategy for record companies to backdoor SOPA and use it as a precedent to shut down other domains and websites. Similar actions against Hotfile and IsoHunt resulted in the closure of both sites and $80 million and $110 million settlements, respectively.

Early in 2015, the site’s domain name was changed again. The site has been functioning under various domain names since then. So how do you access the website now without getting caught in any of this drama? Read on to find out!

MP3Skull has become one of the most famous music MP3 sites, containing the latest hot tracks. Users can find new and old music in MP3 format and tracks from many genres such as jazz, pop, rock, EDM, and many others.

MP3Skull provides a way to download and stream music online. It has a straightforward site design that allows anyone, even a child, to stream and download MP3 files directly from the site with just a few clicks. Every day, MP3Skull uploads the best music to its website, which has millions of visitors. However, MP3Skull has recently become unresponsive. If you’re having this problem, it’s because MP3Skull is blocked.

This is where proxies come in. Before we talk about how to gain access to MP3Skull again, let us first understand what a proxy is and how it works.

A proxy server operates as a link between your device and the rest of the internet. When you surf the internet using your browser, you usually connect straight to a website you want to visit. Proxies act as intermediaries here, sending requests and receiving returning information on behalf of your device.

When you use an internet proxy, your browser first establishes a connection with the proxy, which then modifies your requests before sending them to the website you’re accessing. Proxy servers are also called “forward proxies” because of this simple feature. An internet proxy will also receive the response from the website you’re communicating with and return it to you.

More importantly, you can use proxy servers in different locations. In this case, a proxy from a region where MP3Skull is not blocked will do. For instance, if you stay in Europe and the website is banned there, you can get a proxy from the USA. If you do, the website will “think” you’re accessing it from the USA, not Europe. Even if someone decides to trace your traffic, it’ll lead back to the proxy, not your device and real IP address.

Now that you are familiar with MP3Skull and understand why you need a proxy while using the website, you probably wonder what the best proxies are. Keep reading!

he best proxies for the MP3Skull are datacenter and residential proxies. Residential proxies are preferred since they use IPs from real devices with authentic internet connections. However, they are more expensive and offer limited bandwidth in most cases. Datacenter proxies use IPs from cloud servers, are cheaper, and usually offer unlimited bandwidth and higher speeds.

he need will determine your choice. For instance, if you are after speed, then datacenter proxies are your best bet. Moreover, residential proxies are optimized for bypassing geo-restricted content. You may also opt for mobile proxies if you are using a mobile device. These are just residential or datacenter proxies optimized for use with mobile devices.

Regardless of the proxy type you choose, make sure you get your proxies from a service you can trust.