Tom Clancy’s Rainbow Six video game franchise has been around since 1998 when they released their first game called Rainbow Six. The company has released numerous games over the years, each better than its predecessor. This post will cover the relationship between Rainbow Six Extraction and proxies. 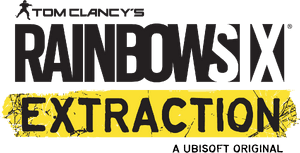 Rainbow Six Extraction is a multiplayer shooter game released in 2015 by Ubisoft. It is available on Windows, PlayStation, Amazon Luna, Google Stadia, and Xbox platforms.

Players are required to work together to fight aliens. The game supports up to three players. Furthermore, operators enter an area that aliens have infested to extract information from computers and collect samples, among other objectives. Objectives are assigned randomly and placed on the map. Once players manage to secure objectives, they can withdraw or move on to explore the next area on the map. Operators captured by the enemy cannot play until rescued. Injured characters heal slowly throughout the match. What’s more, player health does not regenerate, and finding healing supplies is tricky. Therefore, it is advised to employ a stealthy strategy to avoid attracting large hordes of enemies.

Characters have unique abilities and gadgets. For example, a character known as Pulse has a heartbeat sensor that enables him to identify opponents. Players can send drones to gather information about enemy positions and defenses. They are also able to reinforce doors and seal entrances. Just like Rainbow Six Siege, players can shoot enemies through walls.

By now, you should have a clear picture of what kind of game Rainbow Six Extraction is. What about proxies? How are they related to the game? Read on to find out!

irst off, let us answer one question: Why are proxies preferred over VPNs for gaming? Proxies are faster than VPNs since they do not utilize sophisticated encryption methods.

There are several reasons why proxies are sometimes an absolute necessity for Rainbow Six Extraction. The first and arguably most important is reducing lag and stuttering. Having fast internet does not guarantee lower latency and ping. This is because internet speed is not directly related to lower latency. Remember that your gaming traffic passes through several nodes before reaching the destination server. In some instances, some of these nodes may turn out to be unresponsive. Hence, it is best to utilize a proxy since it will replace your IP address for a new one in a different location. If this location is closer to Rainbow Six Extraction servers, your data will go through fewer nodes. In other words, you can significantly reduce your lag issues and enjoy smooth gameplay.

With all this information in mind, it is essential to note that proxies cannot increase your internet speed. Internet service providers are responsible for your download and upload speeds.

Another reason for using proxies while playing Rainbow Six Extraction is to avoid geo-restrictions. You might get into a situation where Rainbow Six Extraction has limited features in your area, or it isn’t available at all. A proxy is an absolute necessity in such scenarios because it can mask your IP address and provide an alternative from a region where the geo-restriction policy does not hold.

Have you ever found yourself in a situation where your game is interrupted because your ISP has cut off your bandwidth? In all honesty, this can be quite annoying. Hence, you should utilize a proxy that will swap your IP address, allowing you to use as much bandwidth as you want.

There are many options you can choose to go with when looking for a Rainbow Six Extraction proxy server. Your choice will be influenced by factors such as budget and intent. However, we recommend static residential proxies as the best bet for Rainbow Six extraction. These proxies offer the high speeds and unlimited bandwidth of datacenter proxies combined with authenticity of residential proxies.