Unknown error occured while trying to send your request. Please try again.
Thank you for reaching out. Our sales team will contact you as soon as possible.
IPRoyal.com/Other proxies/Rainbow Six Siege Proxy

One of the Best Rainbow Six Siege Proxy Servers

The post will introduce you to Rainbow Six Siege and the importance of using it with proxies. By the end, you should have a rough idea of what Rainbow Six Siege is and how proxy servers can improve your experience with the game. 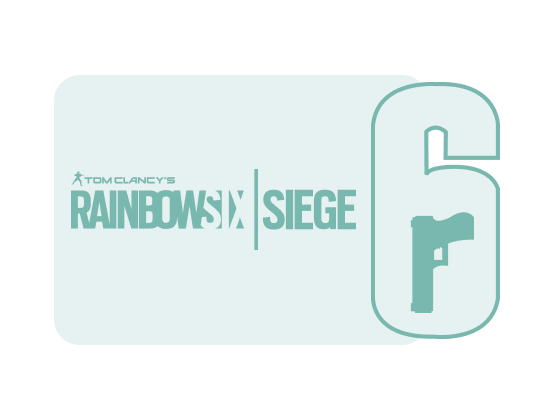 What Is Rainbow Six Siege and Why Is It So Popular?

Tom Clancy’s Rainbow Six Siege is one of the games in the Rainbow Six franchise. It is a multiplayer shooting game released in 2015 and is available on PlayStation, Xbox, and Windows platforms. The game has over 70 million registered players, making it one of today’s most popular video games.

Players control attackers and defenders in different gameplay modes such as rescuing hostages, bomb defusion, and objective control. There are short solo offline missions and assignments called situations that involve preparing a group of recruits to fight terrorists.

Players can choose various operators such as the FBI SWAT, SAS, GSG-9, Spetnaz, or GIGN in the multiplayer online mode. Each team has four operators that utilize multiple gadgets and weapons. Furthermore, players can choose a recruit operator whose equipment and guns are customizable. Before a round starts, players must select spawn locations, weapon attachments, and an operator.

At the start of an online match, attackers control drones to hunt for defender operators. During this time, defenders set up defenses such as traps. They can destroy enemy drones that gather information relating to their defenses.

The game encourages close combat, and players who get killed during a round respawn at the end. These players can still help their teams by giving them information on the location of enemy teams.

Players are encouraged to work as a team combining their different operator abilities to defeat the enemy team. There is an in-game voice chat to enable players to communicate with each other easily.

Rainbow Six Siege has an in-game currency called Renown acquired from matches. Ranked matches offer the most Renown at the end of the game. Finally, players can use boosters to increase the amount of Renown earned for a certain period.

The game is also an Esports title for players who like competitive gameplay. The spectator mode allows players to observe a match and is used during competitive games streamed on various social platforms.

Why Do You Need Proxies for Rainbow Six Siege?

While playing shooter games, reaction speed is essential. This includes both the player’s reaction speed and the time taken for information from the player’s computer to reach the game server. You might think a fast internet speed directly translates to minimal to no lag. However, this is not the case. Lag occurs when nodes between your device and the destination server become unresponsive, leading to a delay in traffic.

Therefore, the best way to avoid such issues is to find a way of reaching the Rainbow Six Siege server faster. This is where proxies come in handy. These tools can reroute your internet traffic, offering an alternate route with a significantly lower number of nodes.

Another reason why you might need a proxy for Rainbow Six Siege is to bypass geo-restriction policies. Game features may be limited in your region due to one reason or another. A proxy is the best bet in such scenarios as it will replace your IP address with an alternative one in another region. What’s more, proxies can help you in situations where your ISP has limited your bandwidth consumption, significantly impacting your gameplay.

What Are the Best Proxies for Rainbow Six Siege?

When it comes to Rainbow Six Siege, a proxy is vital for two important purposes: improving your gameplay and bypassing geo-restrictions. So, which are the best proxies?

We will get straight to the point. Static residential proxies are best suited for Rainbow Six Siege due to several reasons. First off, these proxies are real devices (like PCs and mobile phones) connected to real internet service providers. In other words, their IP addresses can be traced back to actual devices, and their traffic is indistinguishable from that of other players. This makes them more reliable since they are nearly impossible to detect. However, this does not mean that datacenter proxies will not work. In fact, these offer better speeds and unlimited bandwidth at lower prices.

Whatever proxy choice you decide to go with, we at IPRoyal are here to guide your every step of the way. With our world-class service, you are guaranteed top-notch proxies that will make your Rainbow Six Siege experience smooth and free from any interruptions!