Unknown error occured while trying to send your request. Please try again.
Thank you for reaching out. Our sales team will contact you as soon as possible.
IPRoyal.com/Other proxies/Rocket League Proxy

One of the Best Rocket League Proxy Servers

Are you a hard-core gamer? If so, then you are in the right place. This post will introduce you to proxies and the importance of using them for Rocket League and other video games. 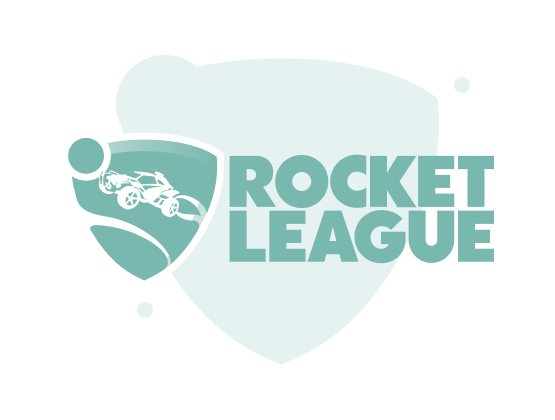 What Is Rocket League and Why Is It So Popular?

Rocket League is a car soccer video game created by Pysonix. It was first launched in 2015 on PlayStation and Windows and was later released on Xbox and Nintendo Switch. Originally, the game was to be subscription-based but later became free to play, becoming available to countless players worldwide.

Rocket League has a fan base of more than 50 million players. It is a fan-favorite because of its phenomenal graphics and a fantastic soundtrack. It allows cross-platform play, enabling users from all platforms to enjoy playing together. Furthermore, it’s a very popular Esports title and thus attracts professional players who want to play the game competitively. The Rocket League Champion Series is the most popular competition, funded by Pysonix.

Rocket League consists of up to eight players divided into two teams. Players use rocket-powered cars to score goals by sending the ball to their opponent’s net. Players can jump and, while midair, boost to become airborne. Minor vertical and horizontal adjustments enable players to have air control. Also, players pick up boosts from pads scattered all over the field. Finally, matches are five minutes long and have a golden goal option in case of a draw after regular time ends.

Apart from the normal soccer mode, other modes include Snow Day, Hoops, Dropshot, and Rumble. On the one hand, Snow Day game mode imitates ice hockey, where the ball is a hockey puck. On the other hand, Hoops is a game mode based on basketball with two hoops. The player’s objective is to shoot the ball through the opponent’s hoop to score. In Dropshot, the ball damages the floor upon impact, resulting in a score. Finally, in Rumble, players have special power-ups.

Even though Rocket League is a free-to-play game, there are in-game purchases where players can acquire cars, decals, wheels, and goal explosions. Players go to the item shop, where items are rotated regularly. They can also trade with other players to acquire what they want. Finally, Psyonix updates the game regularly, ensuring that there is always new content and bug fixes.

Why Do You Need Proxies for Rocket League?

Online gaming is usually fun and addictive. For casual and competitive gamers, one of the requirements for online gaming is a fast internet connection. Having fast internet does not guarantee lower latency and ping while gaming. Therefore, using a proxy is essential since it acts as a bridge that enables your computer to communicate directly with Rocket League servers.

Primarily, information is transferred through several nodes before reaching the game server. Some of these nodes may be unresponsive, bringing about latency issues. Providing direct communication using proxies reduces lag and latency issues.

Proxies are vital in preventing bandwidth throttling. Internet service providers limit bandwidth when you bypass certain thresholds. As we all know, gaming generally consumes a lot of bandwidth. Therefore, trusted proxy providers offer unlimited bandwidth, meaning you can use as much as you need for gaming.

Why are proxies preferred over VPNs for gaming? They are faster than VPNs since they do not utilize sophisticated encryption methods. Speed is essential in gaming, and in the case of Rocket League, it could be the difference between a save and a goal.

What Are the Best Proxies for Rocket League?

When choosing proxies for Rocket League, you should consider several factors, the most important of which are latency and lag. Proxies for gaming should also reduce bandwidth throttling since games utilize a lot of bandwidth. Trusted proxy providers offer unlimited bandwidth meaning that you can use as much as you need for gaming.

In truth, there are a lot of proxy options you can go with for Rocket league. For instance, you may opt for datacenter proxies since they are cheap and fast. However, the best option would be static residential proxies, since they offer the same speed functionality combined with real residential IP addresses, which are nearly impossible to detect.

At IPRoyal, we offer legitimate proxy services to take your Rocket League experience to the next level at great prices!