Unknown error occured while trying to send your request. Please try again.
Thank you for reaching out. Our sales team will contact you as soon as possible.
IPRoyal.com/Other proxies/Splitgate Proxy

One of the Best Splitgate Proxy Servers

This post is aimed at Splitgate gamers who may have experienced lag problems and are looking to boost their gaming sessions using proxies. By the end of this short read, you should understand how proxies can help you make the most of Splitgate and other online video games. Have a read below! 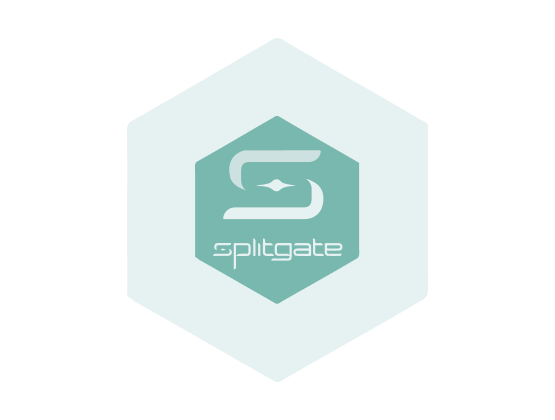 What Is Splitgate and Why Is It So Popular?

Splitgate is an online shooter game released in 2019 by 1047 Games and is available on Windows, Linux, Xbox, and PlayStation platforms. It is a free-to-play game where players can create portals between two points and use them to travel or shoot an enemy through them. The game was first released as a beta and gained over 600,000 downloads. This popularity led to a server crash since developers did not expect such a high player count.

There are other game modes where players can only use certain weapons, such as Team Shotty Snipers, where only shotguns and snipers are allowed. These modes have up to 8 players split into two teams.

Three versus three player modes include Showdown and Takedown. In Takedown, teams have to wipe out the entire enemy team to gain a point. What’s more, in Showdown, player load-outs are rotated, and the team that wins the most rounds wins the game. Lastly, there are featured games that are rotated on a periodical basis.

Users acquire Splitcoins, the in-game currency, by purchasing them in the item shop using money. The game also has a reward system for Splitcoins, such as referrals and logging into the game daily.

Now that you have a rough idea of the Splitgate gameplay and mechanics, let us see how all this can be improved using proxies. Have a read below!

Why Do You Need Proxies for Splitgate?

It is no secret that Splitgate is widely popular and is a fan favorite worldwide. While the game offers much in the way of action and optimized gameplay, it is limited in some regions by governmental policies. So, what happens when you travel abroad and realize you can’t play your favorite game? That is not the end of the road.

You can simply hide your actual IP address and use an alternative one from a region with no restriction policy with a proxy. This way, the game servers will “see” you connecting from a different location, thereby allowing you access.

So, you have a pretty fast internet connection, but you are still experiencing lagging during Splitgate play. What could be the reason behind this? First off, it is worth keeping in mind that a fast internet connection does not necessarily guarantee less stuttering and smooth gameplay. This is because while your ISP determines your internet speed, latency is primarily caused by the distance between your device and the game server and the number of nodes in the connection chain. Therefore, if you are located farther away from the server, your internet traffic will be going through several nodes before reaching the final server. Latency comes about when some of the nodes in the process become unresponsive.

With this in mind, the best way to fix issues to do with lagging is with a proxy. How? These devices will reroute your internet traffic through their servers and offer a more direct connection to the Splitgate server. Therefore, when choosing a proxy, it is best to check its location and ensure it is close to the Splitgate servers.

A VPN does pretty much the same job a proxy does, right? This is one of the questions you may be asking yourself when shopping for a proxy. Well, while this question might be answered with a partial ‘yes,’ this is far from the truth, and here is why: VPNs tend to implement complicated data encryption methods at the expense of speed. For most gamers, this is the dealbreaker that makes proxies the better option for Splitgate gameplay.

One question has not been answered adequately: what are the best proxies for Splitgate gaming? Read on to find out.

What Are the Best Proxies for Splitgate?

You are in the market looking for a reliable Splitgate proxy but can’t decide because of the numerous choices on the market today? At IPRoyal, we have dedicated gaming proxies designed to meet all your Splitgate needs. With this in mind, we recommend static residential proxies as the best proxies for Splitgate. They use IP addresses sourced from real users, making them indistinguishable from the traffic of other genuine players. What’s more, we offer these proxies at great prices!

FAQ
What are Splitgate proxies?
Splitgate proxies are tools designed to hide your IP address while playing the game. In doing so, they offer several benefits, such as making you anonymous.
Why do you need Proxy servers for Splitgate?
Proxies act as a link that communicates directly with Splitgate servers. This helps prevent latency and lag issues. Furthermore, these proxies can help you bypass geo-restriction policies.
Contact us
Email was successfully sent.
Close
Error. Something went wrong.
Close
Please enter text longer than 20 symbols
Close