This post acquaints you with Tanki Online: a popular video game. It's the perfect game to play online with other people who enjoy PVP tank battles! By the end, you should know how to use proxies to enhance your user experience. Read on! 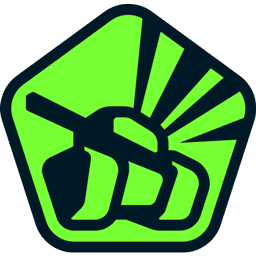 Want to know most important points about Tanki Online Proxy?

Alternativa Games produced and distributed Tanki Online (TO), a browser-based multiplayer free-to-play video game, and made it available to gamers in 2009. Tanki X, a remake of the game, was published on April 20, 2017, but was discontinued in early 2020.

Players operate their tanks and compete in numerous game modes such as capture the flag, juggernaut, control points, deathmatch, and team deathmatch with other players.

Crystals and tankoins are the game’s in-game currencies. Tankoins and crystals can be used to purchase improvements and equipment for your tank. Match completion, microtransactions, opening containers, and collecting “Gold Boxes” frequently dropped in battles by other players are all ways for players to get them. You can use microtransactions and mission completion to gain gold boxes and containers.

You’ll need proxies to get around any lag issues you could have when playing TO on a sluggish internet connection—proxies for TO provide steady and high-speed network connectivity, allowing you to play TO without interruption. This is conceivable because datacenter proxy servers are located in the same geographic areas as TO servers.

Other reasons for using proxies for TO include bypassing region locks, avoiding banning, and remaining safe and anonymous online.

Become a TO player without revealing your identity

Because TO keeps track of users’ accounts and performance via IP address logging, playing TO does not make you an anonymous player in the game. As a result, using proxies is the only method to be totally anonymous on TO.

Some TO versions may not be available in different locations. Also, schools, businesses, and organizations can use proxies and firewalls to block access to Tanki Online. By getting a proxy server from a region with free, unfettered access to all TO versions, you can get beyond regional blocking, workplace, organization, or school censorship and enjoy TO.

When using proxies, you can create numerous accounts and have a more extensive fleet of tanks in your garage or for other gaming-related activities. When you use proxies to create several accounts, each address can come from a different IP address. Because your accounts are not linked to a single IP, Tanki Online can’t “tell” you’re using multiple accounts.

Cheating or engaging in activities against the TO’s conditions might result in an IP ban. Sometimes, an IP ban is issued without cause. Because a rotating proxy changes your IP address at regular intervals, it can help you unblock an IP ban and protect you from future IP bans.

Datacenter proxies are the best Tanki Online proxies, especially when they are all located in the exact geographic location as TO servers to provide stable, high-speed connectivity.

Due to their speed and affordable price, datacenter proxies are the best for playing Tanki Online and other online video games such as World of Warcraft, PlayerUnknown’s Battlegrounds, Fortnite, Path of Exile, and others. You can get these proxies from IPRoyal at a pocket-friendly price. With an IP pool spanning millions of proxies, IPRoyal is the best option for Tanki Online!