Unknown error occured while trying to send your request. Please try again.
The captcha verification field is required.
Thank you for reaching out. Our sales team will contact you as soon as possible.
IPRoyal.com/Other proxies/Teamfight Tactics Proxies

One of the Best Proxies for Teamfight Tactics

Have you heard of the game Teamfight Tactics? This post will introduce you to this relatively new online multiplayer game and offer credible insights into why you need proxies for gameplay.

There seems to be much mystery surrounding the game Teamfight Tactics and its genre. Being a relatively new entrant into the field, TFT has steadily gained a player base in the past year. Perhaps this can be attributed to its complicated yet exciting gameplay. In fact, there is still not a universally accepted genre name for the game. A quick web search will reveal AMOEBA (Auto Multiplayer Online Economy Battle Arena), Auto Chess, and Auto Battler. Regardless, TFT is a compelling game with some of the most interesting dynamics in the field. 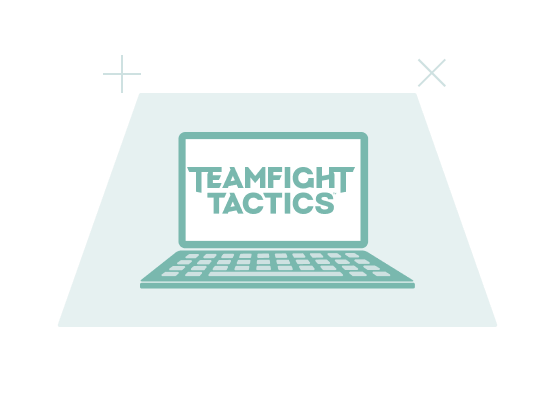 Why Do You Need Proxies for TFT

There are various reasons why you need proxies while playing TFT, including improving gameplay and bypassing geo-restrictions. Before we get to how this happens, let’s first have a quick look at what TFT is all about.

What Is Teamfight Tactics

As mentioned earlier, Teamfight Tactics is a relatively new entrant to the field. Most players and enthusiasts have to learn to play from scratch since the game is part of a relatively new genre. This means that finding similar games is tough hence the mystery surrounding it. Arguably, this mystery has played a pivotal role in the game’s recent success. Now, how exactly does the game work?

In simple terms, TFT is a multiplayer game with matches consisting of eight players. You may have noticed that this game’s genre names start with the term “auto” because the player does not fight, as is the case with standard games. Instead, the player builds a team comprising champions and plays one-on-one rounds with opponents.

For each round, players select a limited number of champions and are equipped with an arsenal purchased from the shop. These rounds are hosted on a chess-like board with grids in three rows, and before the match begins, you place your players in both defensive and attacking positions.

TFT is a pretty intensive game that requires applying strategic thinking and planning, making it all the more fun. However, one question still hasn’t been answered – why do you need proxies for this game? Read on to find out.

What Are the Best Proxies for TFT

One of the main reasons proxies may come in handy while playing in TFT is a poor internet connection. Standard ISPs sometimes fail to deliver optimum internet speeds, leading to high latency. In such situations, you need a proxy server that will become the middleman between the TFT server and your device, and it will deliver much faster speeds, which will reduce lag.

You may live in regions where some aspects of TFT or the entire game are restricted. Here, a proxy server will mask your real IP address and offer an alternative from a location of your choosing so you can enjoy the game without restrictions.

Which proxies work best for TFT? The answer to this question will be determined by several factors, including budget and purpose. For instance, if you want to boost internet speed for TFT gameplay, then datacenter proxies are the better option since they are fast. However, residential proxies are better suited to bypass geo-restrictions since they are much harder to detect.

More importantly, you should be careful with the provider you choose since their competency will reflect on the quality of the proxy servers they offer. It would be best to avoid free proxies since these are mostly unreliable. They may end up compromising your data, and they’re not a solution you can count on because they can stop working at any time.

Are you in the market looking for a reliable proxy for TFT? IPRoyal has some of the most robust proxies in the market. Contact us today and enjoy Teamfight Tactics without any restrictions!

Have a question? Get in touch!
Email was successfully sent.
Close
Error. Something went wrong.
Close
Please enter text longer than 20 symbols
Close
The captcha verification field is required.
Close