Unknown error occured while trying to send your request. Please try again.
Thank you for reaching out. Our sales team will contact you as soon as possible.
IPRoyal.com/Other proxies/Warzone Proxy

One of the Best Warzone Proxy Servers

The Call of Duty franchise is one of the best-selling first-person games of all time. It has sold over four hundred million copies, primarily due to its appealing graphics, exciting storylines, and fantastic multiplayer. This post will explain the benefits of using proxies with Warzone. 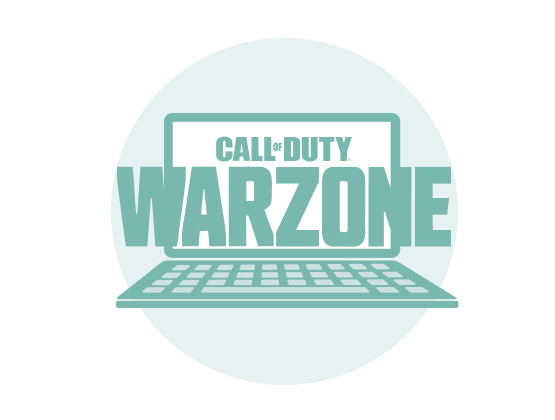 What Is Warzone and Why Is It So Popular?

Call of Duty: Warzone is a first-person shooter battle royale game released in 2020 on Windows, Xbox, and PlayStation platforms. The game consists of two game modes: Battle Royale and Plunder. Battle royale mode accommodates up to 150 players in a single match. Furthermore, players can queue as solos, trios, duos, or squads. Once queuing is done, players parachute into a vast map to collect weapons and armor scattered in buildings.

The game’s playable area constantly shrinks, and the non-playable regions are filled with yellow gas, which damages players’ health, eventually killing them if they do not reach the safe zone in time.

When characters die, they can revive themselves by using cash or through the Gulag. Cash is an in-game currency collected from buildings or by killing enemy players. Players killed are taken to the Gulag to engage in one vs. one combat; the winner gets respawned into the game.

In Plunder mode, teams compete by collecting cash scattered across the map. Once a team accumulates a million dollars, the game goes into overtime, where all cash collected is multiplied by 1.5. The team that manages the highest amount of cash when the clock runs out wins the game. In this game mode, players automatically respawn whenever they are killed.

Why Do You Need Proxies for Warzone?

While playing shooter games, reaction speed is essential. This includes both the player’s reaction speed and the time taken for information from the player’s computer to reach the game server. Having a fast internet connection does not necessarily result in smooth gameplay and minimal lag and latency issues.

This is why proxies are useful. Proxies act as a bridge that enables your computer to communicate directly with Warzone servers or by going through fewer nodes. Primarily, information is transferred through several nodes before reaching the game server. Some of these nodes may be unresponsive hence bringing about latency issues. Providing a more direct communication channel using proxies reduces lag and latency issues.

Another reason for using proxies while playing Warzone could be to avoid geo-restrictions. You might get into a situation where Warzone has limited game features in your region or is not available at all. A proxy will hide your IP in such cases allowing you to bypass such restrictions.

However, it is important to note that proxies cannot magically increase your internet speed as this is handled by your ISP. Sometimes, ISPs may limit your bandwidth when you consume too much in activities such as gaming. In such scenarios, you may use a proxy to circumvent such restrictions. Lastly, you may be a bit confused when trying to choose between proxies and VPNs. Well, it is worth noting that proxies do not use any data encryption methods, meaning they are faster.

What Are the Best Proxies for Warzone?

When choosing the best proxies for Warzone, you should keep several factors in mind. One of the most important is reduced latency and lag. The proxy you opt for should also be able to reduce bandwidth throttling. With this in mind, you can go for either datacenter or residential proxies. On the one hand, residential proxies use IP addresses from actual devices, which is more reliable.

On the other hand, datacenter proxies use IPs virtually generated in cloud servers. They are popular since they are cheap and don’t have any bandwidth limitations. However, we recommend static residential proxies as the best option for Warzone since they use actual IP addresses and provide the same functionality as datacenter proxies.

Are you in the market looking for a reliable Warzone proxy? Look no further than IPRoyal. Our quality service has enabled us to rise above the ranks to become one of the most trusted proxy providers on the market!

FAQ
What are Warzone proxies?
These are tools utilized when playing Warzone for various beneficial purposes. They reroute your internet traffic through their services and replace your IP address with a new one.
Why is it essential to use Warzone proxy servers?
Warzone proxies are vital for several reasons. They help you avoid lag issues, guaranteeing seamless gameplay and minimizing bandwidth throttling. They're also great for avoiding any IP-based bans and restrictions for Warzone and other video games!
Contact us
Email was successfully sent.
Close
Error. Something went wrong.
Close
Please enter text longer than 20 symbols
Close