With over 160 million worldwide players registered in the past decade, World of Tanks (WoT) is a popular free-to-play military MMO. You don't even have to be a military strategist to join the community of WoT fans who constantly interact inside and outside the MMO. However, many things can interrupt this flow and block your access to World of Tanks, hence the need for proxies. 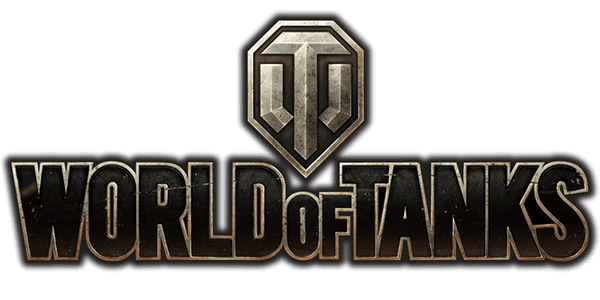 Want to know most important points about World Of Tanks Proxies?

A World of Tanks proxy is a regular proxy server that acts as a middleman between your device and World of Tanks servers. It has a unique IP address that the game servers think it’s your real IP. This is how your IP address and location stay hidden from World of Tanks.

Accessing and playing the game with a proxy offers some pretty impressive benefits to players. Before we explain them, let’s see what World of Tanks is all about.

World of Tanks is a popular free-to-play MMO focused on the mid-20th century where players can control an armored vehicle from that era and join with friends to challenge other teams in combat. The ultimate goal is to capture control points on the map or destroy the opposite team.

The military MMO was created by the company Wargaming in Belarus in 2010. The game’s popularity is constantly increasing, and so far, it has more than 160 million registered players around the world.

Players can choose from 600 armored vehicles – light tanks, heavy tanks, medium tanks, tank destroyers, and self-propelled artillery. They can customize their vehicles for better performance and stats or make them visually unique.

Although the game is free to play, players can pay a fee to use premium features to help them progress through the game faster.

Advanced World of Tanks players have been using proxies for years for a few good reasons:

World of Tanks servers keep track of players’ performance and accounts through IP logging. Since a proxy server will give you another IP address, you can play the game anonymously.

Some World of Tanks versions are banned in certain regions or countries for reasons such as micro-transactions, adult content, etc. If you want to unblock WoT in a particular country, use a proxy so you can choose an IP from a region where the WoT version is available.

Any online gamer would agree that there’s nothing more frustrating than lag. In most cases, it can ruin your game. But, a proxy can help you avoid latency issues thanks to the ability to choose a specific location.

Basically, the longer data travels, the higher your latency in the game will be. This means you may deal with lag even if you have a fantastic internet connection. It doesn’t matter if you’re across the globe from World of Tanks servers. If you experience lag spikes fairly often, proxies can help.

With the right proxy, you can choose a proxy that’s close to the game’s servers to optimize your connection and significantly reduce latency.

A lot of gamers cheat and get caught, which earns them a ban in most cases. Others break the rules regarding third-party apps or online chat, ending just like those who cheated. Whether you get a deserved or undeserved ban, getting locked out for good can be really frustrating.

Fortunately, these bans are often on the IP address level, which means the game servers block your IP. In other words, you’ll never be able to open another account from that IP. However, you can easily replace your IP and location with a proxy and unblock your WoT account or create a new one.

Datacenter proxies allow you to choose a location close to the game server’s physical location, thus providing you with a more stable and less laggy connection. This will help significantly reduce lag and any latency-related issues, which is super important for World of Tanks. Datacenter proxies from IPRoyal are ideal for playing WoT as they provide speed and anonymity you can count on in every battle at a great price.

We also offer rotating residential proxies and mobile proxies which are great for World of Tanks in case you’re interested in botting or running multiple accounts from the same network.