This post is designed to acquaint you with one of the greatest anime torrenting sites and offers compelling reasons to use it. Additionally, by the end, you should have learned how to access this site from anywhere, including geo-restricted areas. Keep reading! 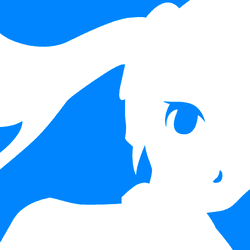 Want to know most important points about Nyaa Proxy?

Nyaa Torrents (named after the Japanese onomatopoeia meaning a cat’s meow) is a torrent site dedicated to East Asian media (Japanese, Chinese, and Korean). It is one of the most comprehensive public anime torrent indexes.

It is worth noting that these site has been the subject of major controversies. For instance, in 2011, some site users were sued for copyright infringement. In early September 2014, the site was the victim of a major DDoS attack.

Their. se,.eu, and.org domains were disabled in May 2017, with the site’s moderators later verifying that the owner voluntarily took it down. Several forks, partially based on Nyaa’s code and torrent database, were launched in the following weeks, each using the moniker ‘nyaa.’

According to an official FAQ released by the Nyaa community, they lost some data between 2016 and May 2017. There was no reliable backup of the Nyaa database for that period. In June 2017, TorrentFreak revealed that Goodlabs, based in Germany, created a fake version to trick people into downloading malware.

Nyaa is a clear leader in delivering torrents for manga, anime, live-action movies, and music. Nyaa.si is unquestionably one of the best websites for downloading uncensored anime classics like Black Butler, Death Note, Fullmetal Alchemist, and even the most recent episodes of the current hits like Attack on Titan.

Nyaa’s primary domain is down in various countries, including Japan, Australia, South Korea, the Philippines, the United States, and the United Kingdom, due to a boom in popularity. This is because the website has been found guilty of copyright infringement. Fortunately, the site and its content are still accessible via proxies.

arge media companies have attempted to crack down on unofficial, third-party content providers for several years. Torrent sites like Nyaa and others appeared to be on their way out. However, the popularity of Nyaa’s proxy sites and mirrors, as well as the success of other similar sites, suggest that their crackdown attempts haven’t been as effective as expected.

There are several reasons why anime streaming services like Crunchyroll, Funimation, Netflix, and Hulu haven’t been able to eliminate sites like Nyaa.

Firstly, anime streaming services are known to be unreliable. Simply said, they aren’t very adept at getting content to viewers promptly. Right now, if you go to Crunchyroll or Funimation, you’ll see that the sites don’t make it easy to start streaming video right away. These streaming services are buggy and have many user interface issues that today’s internet users despise. Streaming content takes too many clicks, not to mention their onerous registration process.

Nyaa, on the other hand, goes out of its way to provide you with anime content as fast as possible.

Secondly, anime streaming websites aren’t cheap. Services like Nyaa blast anime streaming sites out of the water in this category. Granted, Crunchyroll, Funimation, Netflix, and Amazon Prime Video have only licensed content, whereas Nyaa does not.

On the other hand, Nyaa is free, but these streaming services are not.

Finally, content availability on anime streaming sites is divided. There isn’t a single streaming site with all the anime you want to watch. This is not the case with Nyaa, as it has a vast content database. Nyaa brings together Japanese, Korean, and Chinese animation in one spot.

The most significant problem for Nyaa users is geo-restrictions and IP bans. Therefore, the most recommended way to circumvent these limitations is with residential and datacenter proxies. Why is this? Both types of proxies work by masking your actual IP address with a new one from a region that is not geo-restricted.

Residential proxy IPs appear genuine and legitimate since they are connected to ISPs, so there’s no way to tell them apart from other user-generated traffic. On the other hand, data center proxies come from cloud servers. While they don’t look as genuine, they’re usually cheaper and faster.

If you’re looking for a reliable proxy provider for Nyaa, look no further than IPRoyal. With countless proxies in every corner of the world and affordable prices, we can offer proxy servers that will keep your private information safe on Nyaa and other similar websites.